The follow article was written a couple of days ago - but we have been without wi-fi...

It has bee a couple of days since I shared some thoughts about our time here in Rivne, so I want to keep you updated. 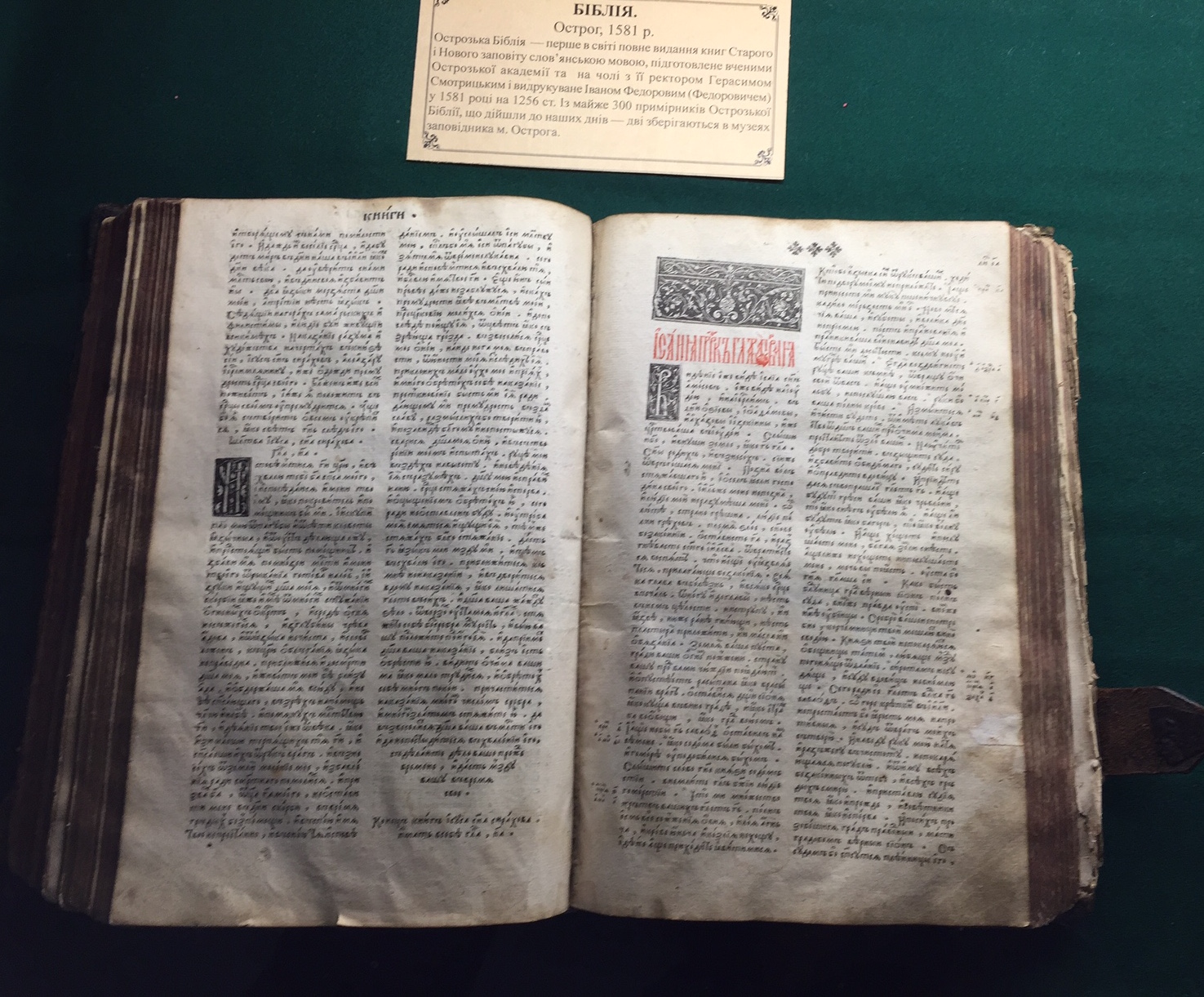 Yesterday we took a day trip to Ostrih (pronounced Ostroh), a town outside of Rivne that is significant for both its literary and military history. It is in this town that the first Ukrainian Bible was printed in the in 1581 and a library of many printed books was located. It was in the Catholic and Ukrainian Orthodox monastery that these resources were kept and printed. Through the years the monastery became a university and remained a place of learning until the German army arrived during WW2 and gave the monks one hour to leave. The German army took over the town and destroyed many of the priceless pictures and artifacts housed in the university. 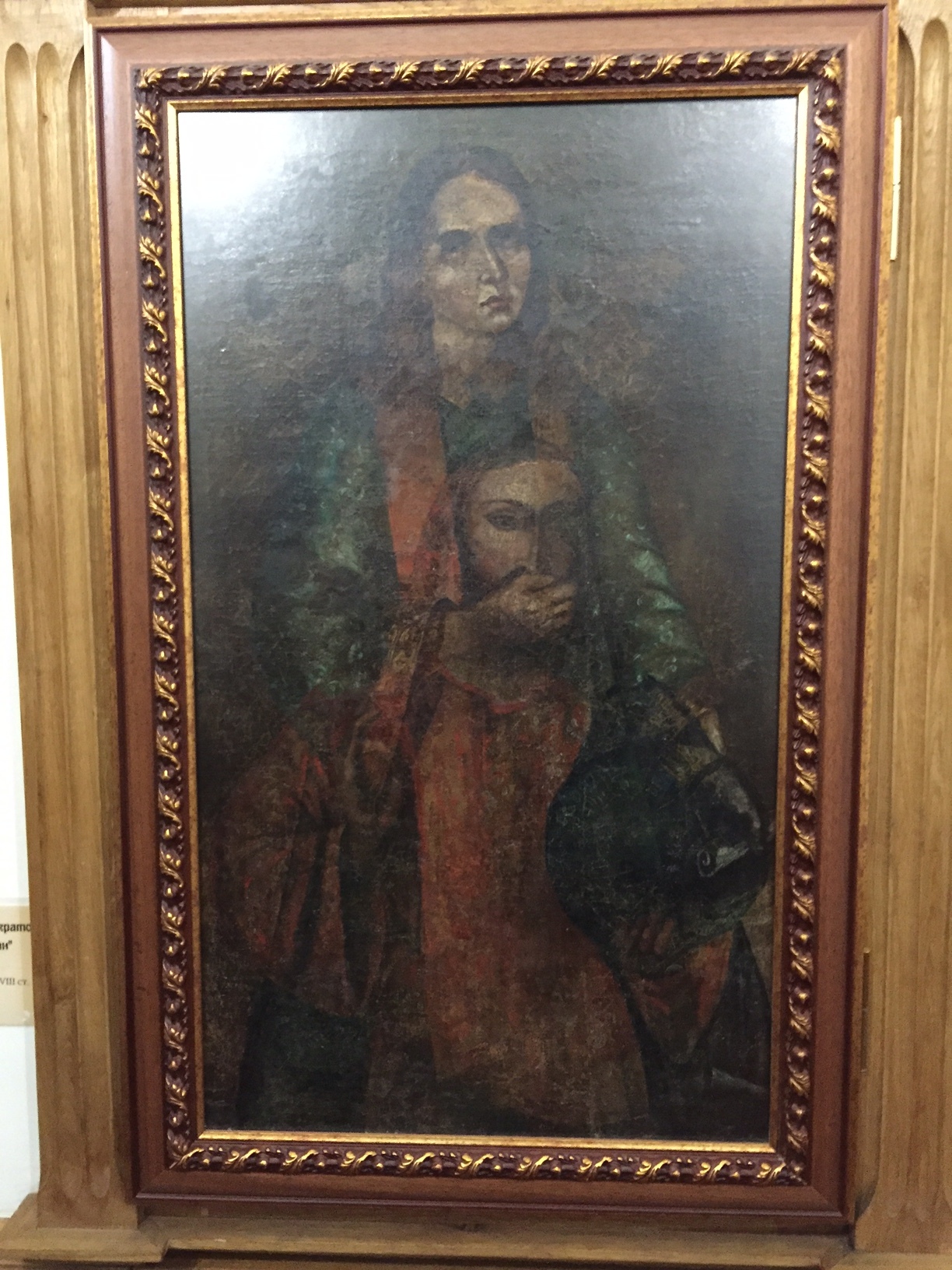 There is one picture, in particular, that is of interest that reveals the kind of syncretism (i.e. blending of paganism and Christianity) that is found in Catholic and Eastern Orthodox thinking. It is a painting of Stephen (from the book of Acts) that was at some time painted over and the new painting was that of Jesus Christ. When the German soldiers came they began to use the picture of Christ for target practice. The picture was riddled with 56 bullet holes and thrown out. Years later an older lady found the painting and it was sent out for restoration. When the painting was finally restored it showed both pictures of Christ and Stephen. The intriguing thing is that none of the bullet holes were in the head of Jesus and the arm of Stephen is covering (or in their superstitious thinking, protecting) the face of Jesus, which is strange and remarkable. So, they conclude that Stephen somehow was protecting Christ from those bullets. Of course I have two comments on that: First, it is a painting and not Jesus Christ - to think that what happens to a painting has some bearing on Jesus Christ is total superstition. Second, Jesus doesn’t need Stephen to protect him from German bullets, He is the King of the universe. Still, it is this kind of superstition that is so rampant in the “Christian Religious World", not only here in Ukraine, but even in our own back yard.  Man-made religion is so distorted, superstitious and far from the truth, yet it is appealing to man's need to feel a connection to a god of their making.

In addition to Ostrih being a literary center in Ukraine, it is also home to a small castle and the location of a famous Ukrainian battle that took place between the Cossack’s of Ukraine and the Tartar invaders (part of the expanding empire of Genghis Khan). We had the opportunity to visit this castle, take in its beauty and hear from a guide as to the importance of this castle in Ukrainian history.

In the evening the brothers were hard at work again, wrestling over Chapter 3 of 2 Timothy, listening to me preach a model sermon that they could critique and then hear a lecture on “Preaching Christ from all of Scripture.” They are beginning to understand the principles better and are demonstrating that by their work and their insightful questions. Tomorrow is our last time together and we plan on having a time of testimonies and feedback after their final small group session.

Thankfully, all of us are well. None of us has had any physical struggle to speak of and God has maintained our strength throughout the whole trip. We know that this is not just by chance, but is because of our Great God and Savior and the prayers of His children for this trip.

Jay Z and the Sunshine Band