Today is Thursday, February 11, 2016, and I am waking up having had a full day of activity and ministry on Wednesday as well as a full night’s sleep. God is good! 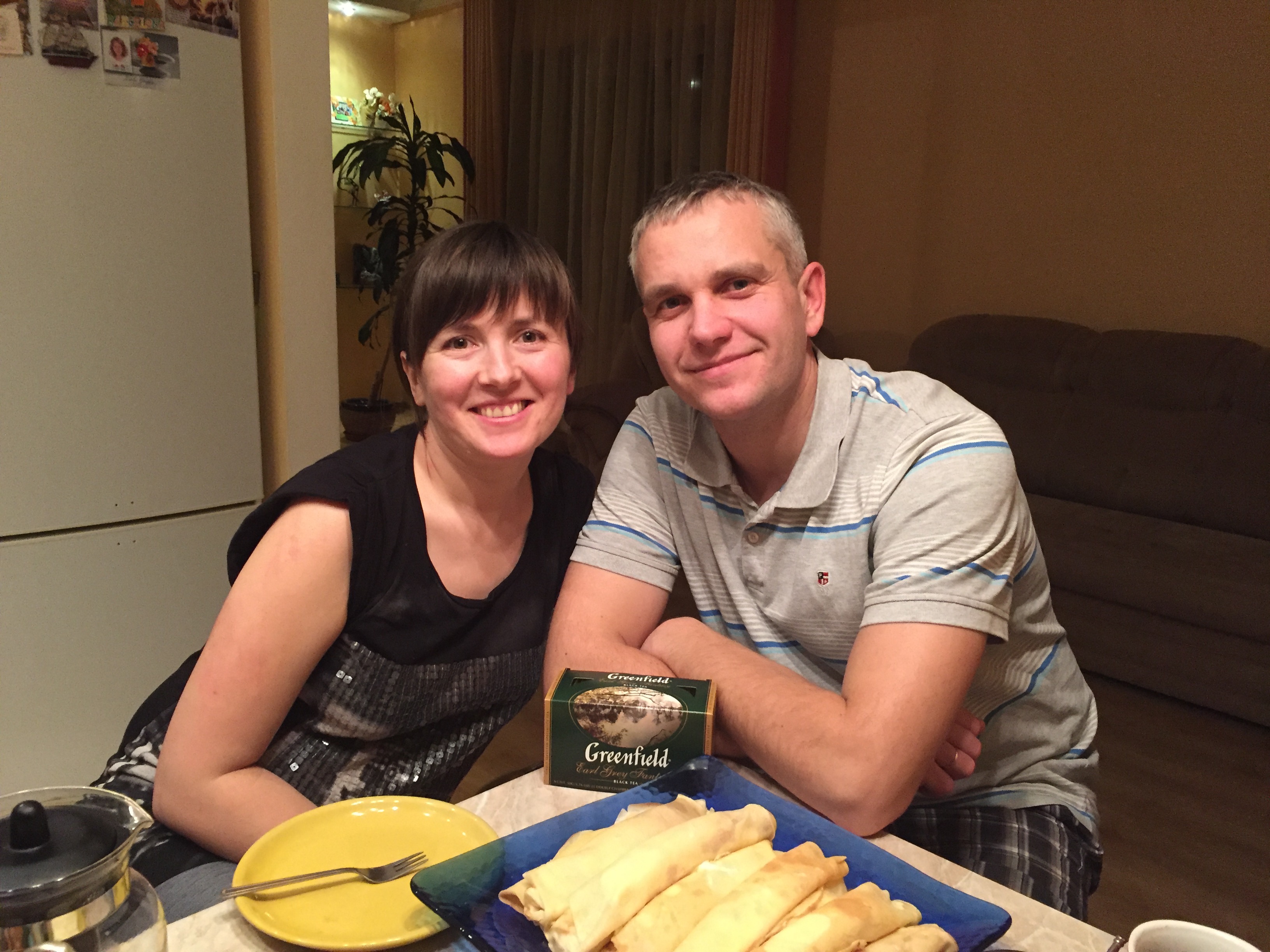 Yesterday, in the morning we went on a walk into downtown Rivne with our host, Albina and Tanya Evans, an American missionary from Maryland. Tanya came to serve here in Rivne seven years ago after ministering in the Rivne Oblast (state) in Ukraine on two short term missions trips, helping reach students wanting to learn English at summer camps. She fell in love with the people, the culture and the burden of the churches to reach the lost for Christ. She is a sweet young lady who works primarily with the women and student ministries that flow out of Salvation Church, our host church.

With the help of Tanya as our interpreter, we visited the local museum to get a better picture and history of this city and the surrounding region. Rivne is a city of about 250,000 people and boasts as being one of the oldest cities in Ukraine. We were able to see some artifacts found and excavated while building parking lots in the city that show the kind of people that once settled here – mostly Anglo people who had come from the west and settled in these regions. One of the more intriguing items was a statue of an Egyptian god, evidence of the movement and migration of peoples into the area. We also learned that the Kossaks were an elite fighting force established in Ukraine to defend against the Tartar or Mongolian invaders who were the extension of the Gighis Khan growing empire. The term Kossak means “freedom” and as such, the Kossak soldiers were essentially freedom fighters, protecting their people from invaders. A final treat for me was a copy of the oldest bible printed in Ukrainian, the Ostroh Bible. Apparently, part of Rivne’s history is the presence of a well-educated and literate people, clearly the result of the Eastern Orthodox Church’s presence and influence years ago.

After visiting the museum JD and I met with 12 pastors for lunch at a local restaurant. For three hours we listened to the stories of how their churches began and how God had called them into ministry as well as answering lots of questions about the church and pastoral ministry. These brothers are passionate, active, hard working and loyal to one another. What was encouraging for me was the warm brotherhood they had toward one another, evidence of a desire for unity for the glory of God. Their religious context is considerably less complicated than ours. Thankfully there is little presence of Islam, Jehovah’s Witness or Mormonism. Most people, even if they identify themselves as atheists, do associate themselves culturally with the Ukrainian Orthodox Church that means that the entry point in evangelistic conversations can be made from a broad Christian perspective. There is, at least, a general respect for a Christian God. Also, many of the churches represented by these pastors are church plants that are only 4-6 years old. Needless to say, on a practical level we had much in common to talk about.

I never stop being amazed at how being a part of the Body of Christ unites us together regardless of country, culture, ethnicity or language. There is an immediate warmth, brotherhood and fellowship that takes place simply because of our unity in Christ. Almost immediately we are able to talk to one another in deep, intimate and meaningful ways because we are all united by Christ’s gospel. We all understand our sinfulness, God’s marvelous grace and the mission he has called us to as well as the struggles we all face I that mission. And we are all eager to mutually encourage one another to be faithful in that mission. What a great God we serve! What a great church we are a part of! What an incredible privilege it is to serve God with people who we have never met that are our brothers and sisters in Christ..

Jay Z and the Sunshine Band