At 11 pm last night, as I was getting ready to print boarding passes for our connecting flights, Matias pulled me out of the upstairs study room and told me that he wanted to show me something.  As I followed him to the balcony, I was welcomed by the blast of a Mariachi band below, wishing me an early birthday.

Many brothers and sisters from the church had gathered behind them to offer their birthday wishes, too.  It was a great and totally unexpected gesture of gratitude, and I was quite speechless.  It isn’t often that you get serenaded by a Mariachi band, especially at 11 at night. 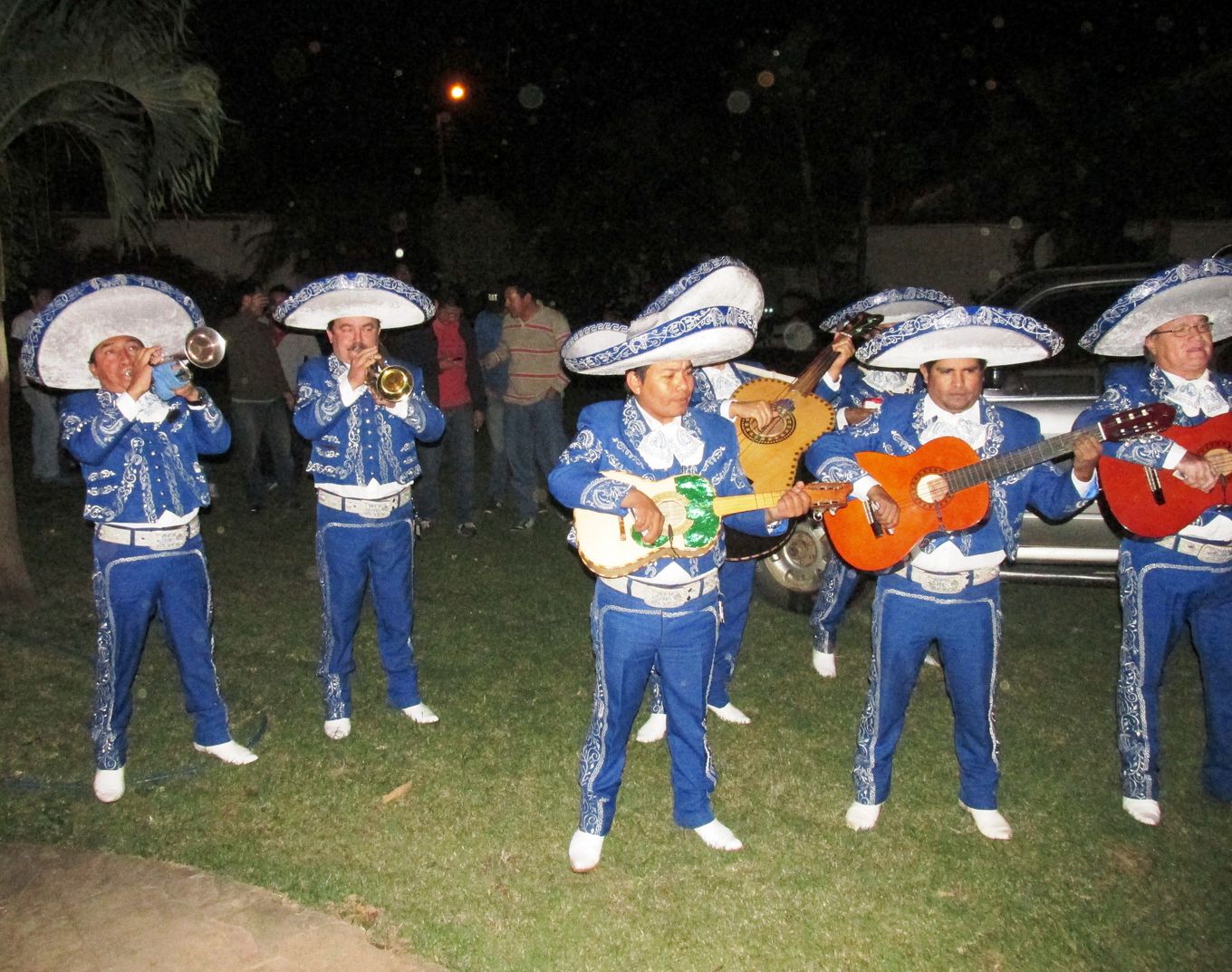 The band continued to play, and Rebecca was off to the side, making Mexican Mariachi sounds (kakaka-kaia!) and doing some kind of jig.  When there is music, she tends to move about and is always a joy to watch.

Dave had been fast asleep and was awakened by all the hullabaloo.  He eventually joined me on the balcony in his PJs, unaware that all the attention was on me…and now on him.  I don’t think he has ever been awakened by a Mariachi band … and neither have I.

After we had a huge cake, which followed the force-feeding of two pieces of delicious apple pie that Mery had prepared before this all took place, the Mariachi band sand another four songs.  They are a Christian Mariachi band and sang songs that celebrated Christ and the joy of life in Him.  We all sat inside Matias’s home, and the band stood at the door, singing their beautiful songs.

After the band left, the brothers and sisters shared words of appreciation for our visit.

It was an excellent last night that I won’t forget.

We look forward to seeing you soon! 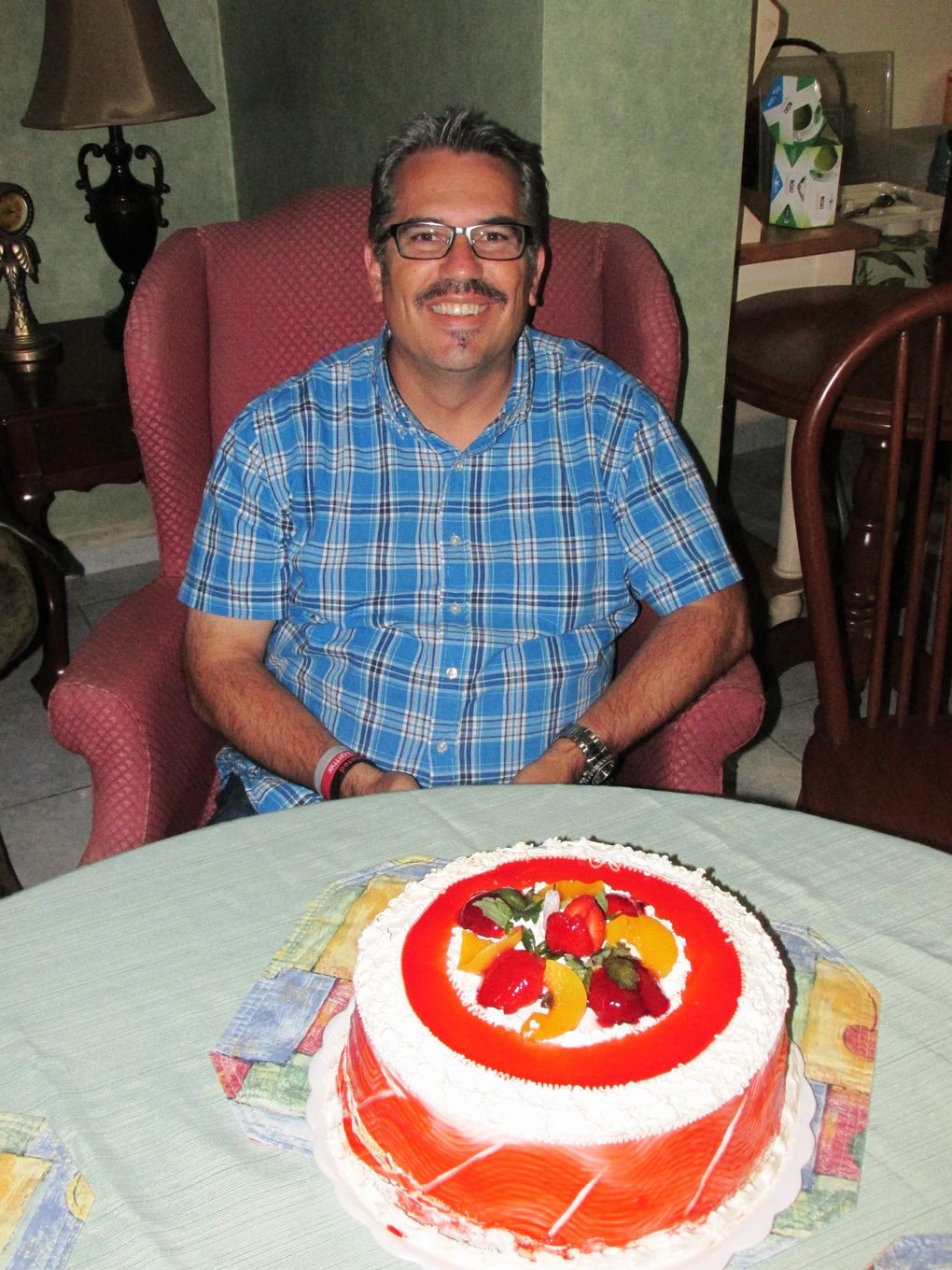 Photo: Rod and his birthday cake