I sat down with one of the pastors from Cochabamba who traveled over 8 hours to attend our conference. His name is Ariel, and I want to share his testimony with you. 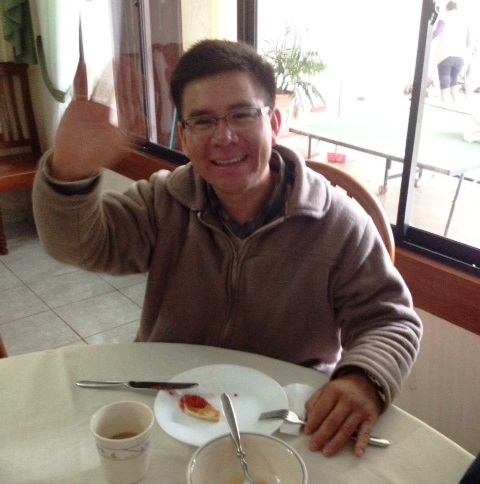 Ariel grew up in a Catholic home.  As a young teenager, he listened to the preaching of God’s Word on the radio.  His life was lacking meaning and purpose, and the preaching gripped his heart.  He couldn’t believe that Jesus was someone you could know personally, and he eagerly desired to attend church.  He knew of one church and asked his parents if he could go.  They said, “No, you are Catholic.  You are not to go to that evangelical church.”

His family owned a restaurant, and he had many family responsibilities.  One day, his parents went to Mass at the Catholic church, but he had to stay to run the restaurant.  That day, the business brought in much money.  When his parents returned, he had the money in his hands and asked, “Can I please go to the evangelical church today?”  Because he had the money they wanted, they let him go.

So Ariel, age 14 at the time, hopped on his bike and joyfully pedaled to the church a few blocks away.  All he wanted was to sit under the preaching of God’s Word, and finally he could do that!

He came to know the Lord and was discipled in that church. The pastor raised him up like the apostle Paul did Timothy, and now, over 20 years later, Ariel is the pastor of that church.

He is a precious brother: tender, gracious, warm, serious about God’s Word, and eager to learn. He said that he learned so much at the conference and realized he needed to adjust some of his preaching methods based on the principles taught.  He was so full of joy when he thanked us for coming to do this seminar.

Please pray for Pastor Ariel -- and another Bolivian pastor, Gustavo.  Both are extremely sharp and faithful pastors.